It gained the award after signing the Government’s Armed Forces Covenant earlier this year, which is a promise by the nation to ensure that members of the Armed Forces community are not disadvantaged when accessing public services.

As part of this the NHSBSA has pledged to be armed forces-friendly and open to employing reservists, armed forces veterans (including the wounded, injured and sick), cadet instructors and military spouses/partners.

Katie Wilkie, Head of Human Resources at NHSBSA said: “This award affirms NHSBSA’s commitment to supporting ex-service personnel. Some veterans find it extremely difficult to make the transition from military to civilian life and we hope our commitment and that of the other winners will also inspire more organisations to do the same.

“Being a forces-friendly employer benefits us from the wide range of skills and experiences that reservists and veterans offer, along with the self-confidence, resourcefulness and positive attitude they gain through service in the Armed Forces.  We’re passionate about creating a diverse and inclusive place to work which truly reflects the diversity of our customers. Attracting talented people from all backgrounds is a key part of that."

Johnny Mercer, Minister for Defence People and Veterans said: “The breadth and diversity of the winners this year shows how business support for the Armed Forces continues to grow no matter the sector, company size or location. I am grateful for the positive attitude and flexible policies these organisations have adopted towards the defence community, which is testament to the fantastic contribution our serving personnel, veterans and their families can make to any organisation. I am delighted that so many companies are supporting our people and that, through this Scheme, we can give them the public recognition they deserve”.

Brigadier Paul Baker, Chief Executive, North of England RFCA said: “There has always been great support for the Armed Forces within the North East of England but the growing number of companies prepared to publicly demonstrate this support is truly heartening, especially in such challenging times.  These Employer Recognition Scheme awards are a recognition of the backing and encouragement provided to their employees who are also Reservists, Adult Volunteers within the Cadet Forces, Veterans and their families. Well done to you all”.

The government has published the national Armed Forces Covenant, which sets the tone for national policy to improve the support available for the armed forces community.

The core principles are that members of the armed forces community do not suffer disadvantage as a result of their service and that they receive special treatment, where appropriate.

This year 22 North of England organisations have been recognised by the award of the MOD’s Employer Recognition Scheme Silver Award.

For further information visit the Armed Forces Covenant pages on the GOV.UK website.

For more details or to set up an interview contact the Communications Team at the NHSBSA:  nhsbsa.communicationsteam@nhs.net 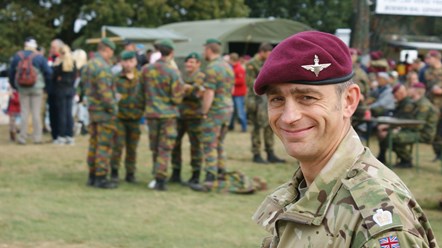 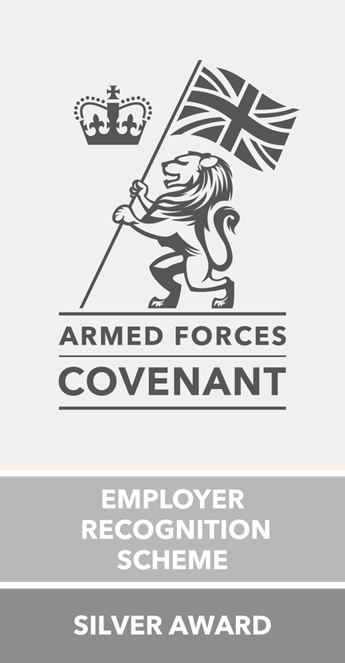