Chief Executive of the NHS Business Services Authority (NHSBSA), Michael Brodie, has been awarded a CBE for services to health, particularly during the pandemic, in the Queen’s Birthday Honours list 2022.

During the national fight against coronavirus, Michael continued to lead NHSBSA while also answering the call to become Interim Chief Executive at the then Public Health England (PHE), following the announcement of its pending abolition in August 2020. Both the NHSBSA and PHE played pivotal roles in the pandemic, with the NHSBSA standing up around 50 new services to support the national effort and PHE leading on public safety and many aspects of the national response.

He returned to the NHSBSA full time in October 2021 after overseeing the successful transition of PHE into the UK Health Security Agency and Office for Health Improvement and Disparities.

Michael said: “I am honoured to accept this award, and I do so on behalf of two amazing organisations and the people who served in them, that have done such crucial work during the most difficult period in recent times for public health.

“What we’ve experienced during the pandemic has been truly heartbreaking. The loss of life, the health and care system challenged like never before, and the uncertainty around when it would end. I’m passionate about the NHS – I believe it’s our nation’s greatest institution and, like many, wanted to do all I could to support our frontline colleagues.

“Everyone stepped up to help because it was the right thing to do and I’m incredibly proud of what’s been achieved during this time and of all of my colleagues who gave all of themselves to the response.”

Michael’s role as the NHSBSA’s Chief Executive began in September 2019. Prior to joining the NHSBSA, Michael was, from its inception in 2013, the Finance and Commercial Director for PHE and before that has held senior leadership roles in the NHS, local government and the police service.

As well as his position at the NHSBSA, Michael is a co-opted member of Council for the Chartered Institute of Public Finance and Accountancy (CIPFA) and a Trustee of the Community Foundation, based in the North East, the largest philanthropic organisation in Europe. He is also a former non-executive member of the Oversight Board and Chair of the Audit Committee for the National Infrastructure Commission, an Executive Agency of HM Treasury.

Michael will officially receive his CBE later this year. 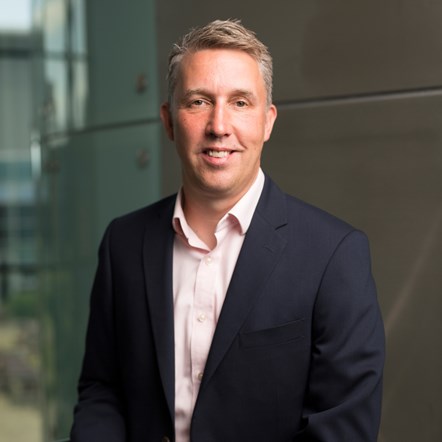