Key findings of the report show:

The number of prescription items used primarily in the treatment of diabetes has increased every year between 2015/16 and 2019/20.

The number of patients has also increased every year between 2015/16 and 2019/20 but has not increased as much as items. This has resulted in a greater number of items per patient in 2019/20 than in previous years.

The total cost of diabetes drugs prescribed has increased since 2015/16, driven by large increases in costs of antidiabetic drugs and insulin. These increases are larger than both the number of items prescribed and the number of patients. This has resulted in increased cost per person in 2019/20 than in previous years.

Antidiabetic drugs remain the most prescribed of the diabetes items. Prescribing for all categories increased between 2018/19 and 2019/20, except for diabetic diagnostic and monitoring agents, which decreased by 6%.

Overall demographics of patients have remained steady over the last five years. The median age has remained constant at 64 and the split by sex has remained 55% male and 45% female patients since 2015/16. 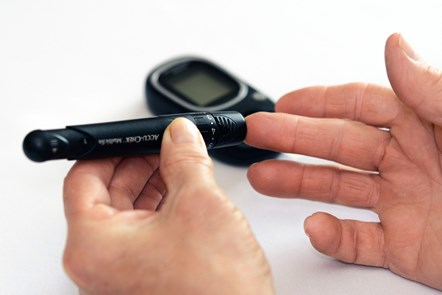