What Holocaust Memorial Day means to me

Each year Holocaust Memorial Day falls on the same day, 27 January, to encourage remembrance in a world scarred by genocide.

People across the globe remember the six million Jews murdered in the Holocaust, the millions of people killed under Nazi persecution, and in other genocides in Cambodia, Rwanda, Bosnia, and Darfur.

To mark the day, the NHSBSA in Newcastle is screening films for staff. This year’s theme is ‘Torn from home’; to encourage us to think about how the enforced loss of a safe place to call ‘home’ is part of the trauma faced by anyone experiencing persecution and genocide.

Jane Miller, Head of Wellbeing and Inclusion at NHSBSA, had a close relationship with her grandma who survived the Holocaust, but she didn’t talk about her experience very much. Over the years she slowly opened up and here Jane talks about her grandma’s experience.

This is always a poignant time for my family, as my Jewish grandmother, Mara Seljan, was a holocaust survivor, and this year’s theme resonates as Mara and her family were forced from their homes.

Mara, 18, lived in Zagreb, Croatia (then Yugoslavia) with her father, Ernst, and her mother, Hedda. Mara was very bright and unusually for girls at that time, had lessons in all academic subjects, which Ernst insisted on. In 1941, anticipating that the Germans would invade Zagreb, Ernst told Hedda and Mara to go to Split, which was under the control of Italy’s less ruthless regime, but if nothing happened to return. The Germans did invade Zagreb and Ernst fought with the Yugoslav army but they were quickly defeated. He made his way to Split, taking only what he could carry. Ernst tried to get other family members to do the same but they refused to leave, not believing the danger could actually be real. In Split they sold what jewellery they had with them and made biscuits to sell to cafes, to survive. Ernst had sewn money into his clothes but that didn’t last long.

In 1943 when Mara was 18, the Partisans, who Ernst supported, told him that the Germans were on their way to Split, so they escaped on a boat to Italy. This was a perilous crossing, with German planes bombing overhead. Machine guns fired at them and Ernst threw himself over Hedda and Mara to protect them. When they finally reached Bari, Italy, the Italians refused to allow them ashore, but luckily later that day the British troops arrived.

Mara worked as a translator for the British Army – her lessons had paid off as she could fluently speak seven languages. Mara met and started dating Bill, a British soldier. He was posted to the front near Rome but they wrote to each other, and in February 1945 they married, a few months before the end of the war. Ernst and Hedda helped with the UN relief aid in Rome and then left Europe along with many other survivors, for New York, though they had lost everything. Along with most Jewish people, their stolen homes and belongings were never returned to them. Mara and Bill had a long and happy marriage, and three daughters. They later settled in England, where Mara taught languages at a high school.

Like many Holocaust survivors, understandably Mara didn’t talk much about it. When she did want to talk, my mother pieced the information together over the years, to find out what had happened to other family members, including those who stayed behind. Hedda’s parents were captured and taken to a concentration camp, we believe it was Auschwitz. Hedda’s brother died in another concentration camp, just a few weeks before the end of the war. Some relatives escaped, but we still don’t know the fate of others.

Whether it was in spite of, or because of, surviving the holocaust, Mara was one of the most positive, loving, enthusiastic people you could ever meet, and was always so full of life.

She was such an inspirational person to me that I named my daughter, Amy Mara, after her great grandmother.

About the NHS Business Services Authority

The NHS Business Services Authority is a Special Health Authority and an Arm’s Length Body of the Department of Health which provides a range of critical central services to NHS organisations, NHS contractors, patients and the public. Its purpose is to be a catalyst for better health and its vision is to be the delivery partner of choice for the NHS.

For more information about the NHSBSA, please visit www.nhsbsa.nhs.uk 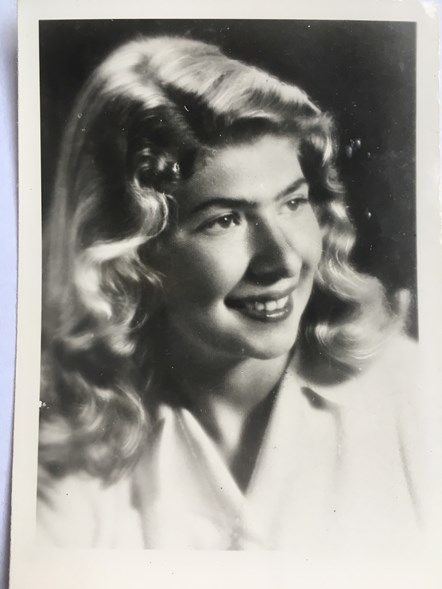